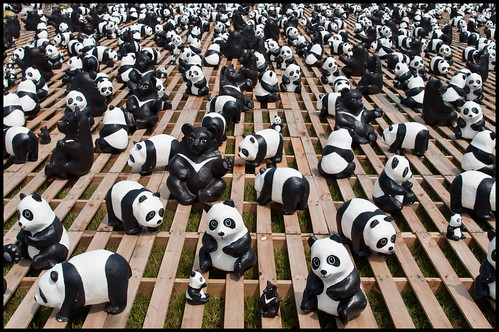 The Pandas World Tour stopped in Jhongsing Village over the weekend. An outdoor exhibit of pandas [Ailuropoda melanoleuca] and Formosan black bears [Ursus thibetanus formosanus] took over a park near our house. The exhibition spotlights the importance of protecting endangered animals. The 1600 paper-mache pandas were created by French artist Paulo Grangeon. On the Taiwan leg of the tour these pandas were accompanied by 200 Formosan black bears – an endangered species endemic to Taiwan. 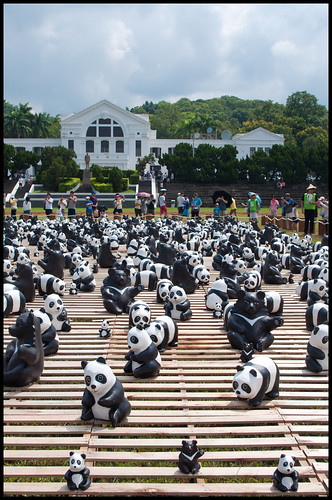 The significance of the numbers is that there are an estimated 1600 pandas and 200 Formosan black bears remaining in the wild. 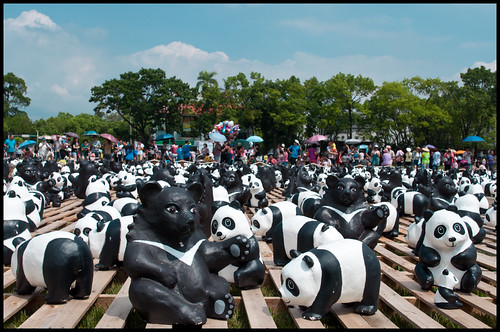 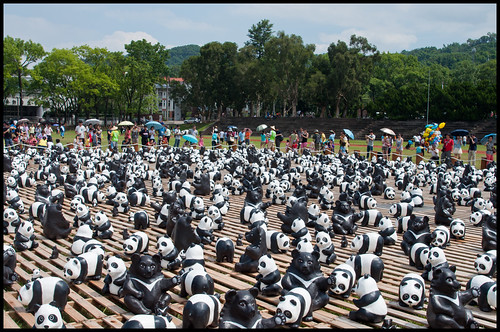 There was a massive line to stand between a couple of enormous panda statues and hold a paper mache panda. In contrast, the line for the colossal [and more threatened] Formosan black bear was significantly shorter. 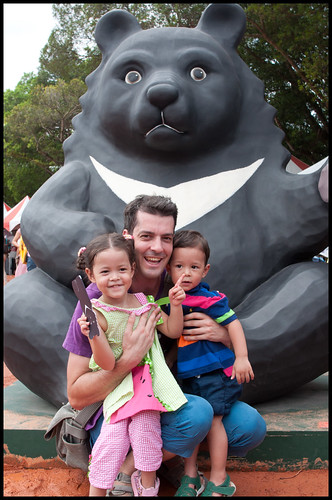