The once sleepy Jhongsing Village [中興新村] is now bustling with activity as it’s the location of the 2014 Taiwan Lantern Festival. The event started February 13th and runs through February 23rd. This annual event has been recently named one of the best festivals in the world by the Discovery Channel so I conjured up the energy to walk five minutes from my front door to check things out myself.

Every evening during my commute home I’m stuck in traffic while buses get to zip by in dedicated lanes. I strongly advise anyone wishing to visit this weekend [the event’s final weekend] to take public transportation: Take a shuttle bus from the Taichung High Speed Rail Station, Yuanlin Train Station, or Taichung’s Tiger City Department Store.

As a resident of Jhongsing Village, I’ve witnessed the ugliness that has gone into preparing for this event: Tree-lined roads have transformed from beautiful to desolate as crews hack away limbs of trees [some of which were over 30 centimeters in diameter] with absolute reckless abandon, more than two months before the event I watched my daughter walk to the swings of the local children’s park only to find that they had been removed earlier that day for safety concerns, and I have seen shameful arguments between police officers and venders at a traditional market [some of whom have been selling there for decades] as they were handed fines to the tune of $30,000NT.

I’m probably just bitter because the mood of the entire community has gone sour as residents are bothered by increased time commuting, lack of trash collection in evenings, and entire primary and secondary schools shut down with plans to make up the time during summer break. Nobody should have to endure a fifth of the country walking past his or her home over the course of ten days because a handful of elected officials decided to put a national festival in a predominately residential area.

To readers who made it this far through my post all the pictures featured here were taken during a power walk through the event’s Northern Area.

The festival has a large section devoted to the country’s different aboriginal tribes:

The Tao Tribe are the Aboriginal Residents of Orchid Island

Here are a couple of examples from the Nantou-themed area of the festival:

Zhongliao’s Dragon Waterfall [of the Dragon and Phoenix Waterfall fame]

I visited on a cold weekday evening, so there weren’t too many people:

Thanks to Thanks to Florentijn Hofman, every festival in Taiwan requires a yellow duck:

The Formosan Blue Magpies [臺灣藍鵲] should have been the stars of this lantern: 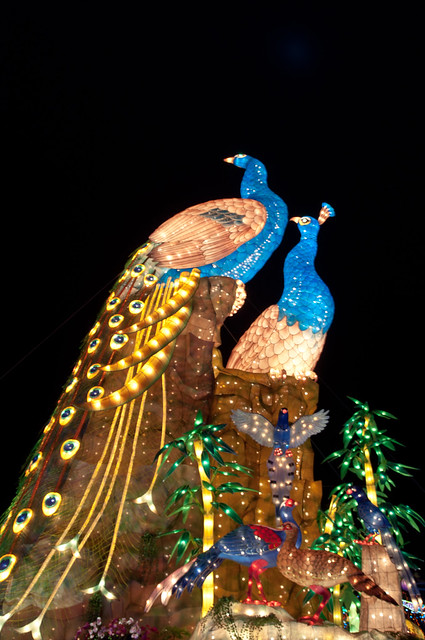 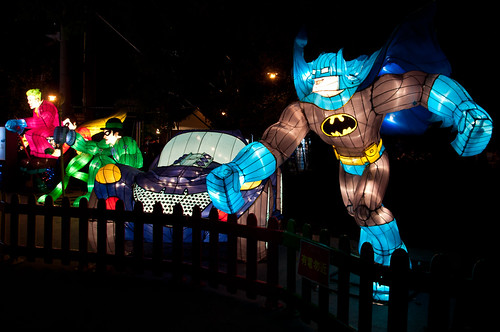 Batman and other DC Comics Characters

Here’s a scaled-down version of Jhongsing Gate to give visitors an opportunity to appreciate how it looks when it isn’t covered in lights:

The giant illuminated wall of stamps on the side of the post office is the only installation I hope becomes permanent: 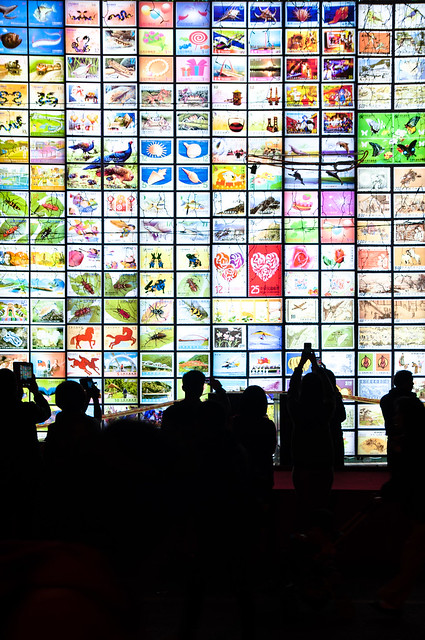 The Wall of Stamps

And the main event: a 23 meter high, rotating, color-changing horse that is lit up by over 200,000 LED bulbs. Unfortunately, this photograph doesn’t give a sense of scale. By the time I changed my vantage point to take another picture the horse stopped rotating, its lights turned off, and it wasn’t going to be lit again for another half hour.